This is a semi-automatic machine to assemble and test shattaf hand showers.

An electropneumatic Pick & Place unloads the product directly in a packaging machine or in a collecting chest. Any hand shower that fails the test will be automatically rejected (Station n.7).

The operator works on two stations with two different tasks: first of all, he has to put each part of the hand shower (lever, cylinder and body) on the left station; secondly, the worker has to place the shower head on the semi-assembled hand shower (right station). The final product is completed in two rotations of the table. This innovative and worthwhile machine lets to work in less place and on a smaller table.

The machine can assemble and test until 450 pieces/hour.

Main features
Performance: until 450 pieces/hour
Rotary table with 7 stations
Station to screw the shower head with torque control
Air proof test station (from1.5 up to 6 bar)
Station with an electro-pneumatic arm to unload the product
Possibility to interface with a packaging machine 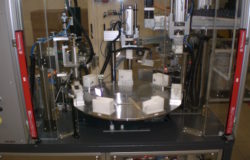 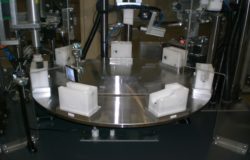 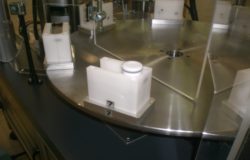 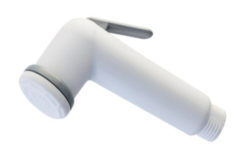