This is a semi-automatic machine with seven stations to assemble and test about 420 shattaf hand showers per hour.
An electropneumatic Pick & Place unloads the product directly in a packaging machine or in a collecting chest. Any hand shower that fails the test will be automatically rejected (Station n.7).

The operator works on two stations with two different tasks: first of all, he has to put each part of the hand shower (lever, cylinder and body) on the left station; secondly, the worker has to place the shower head on the semi-assembled hand shower (right station). The final product is completed in two rotations of the table. This innovative and worthwhile machine lets to work in less place and on a smaller table.
The maximum production in achieved working at 8 seconds per hand shower. 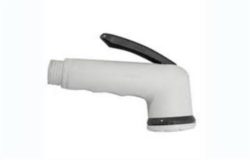 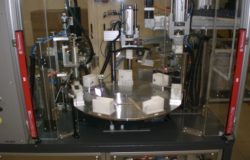 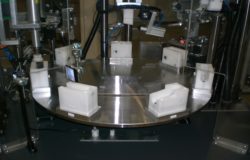